Skip to content
Posted on July 22, 2020 by Veteran Writes

Hello everyone and thanks for being patient with my Houdini act. As the song goes, hard times. 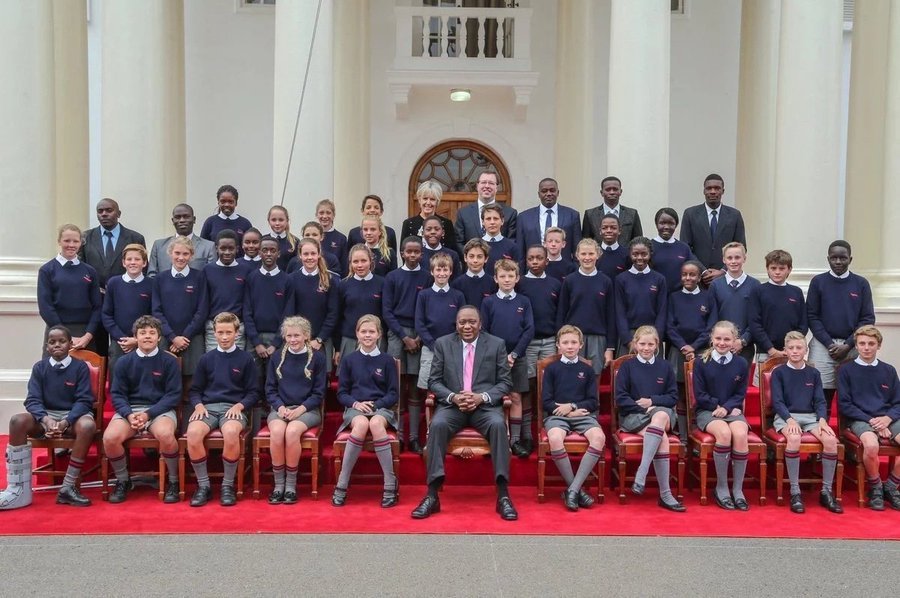 When I was a young chap, I had the privilege of studying in both a public and a private school. It is so funny how they always talk of the glass half empty or half full; when you transition from such, it is like you are a cookie dipped in the milk. You don’t see it any way else, you just see it as a glass of milk.

Joining a public school was easy goings for me. First of, I had joined with my cousins who are practically my sisters. Also, as you might guess, after they left the school, we had a nanny who always accompanied me and my brother to the school gate till the age we were responsible enough.

Public school had this edge to it – it was on the verge of playful and irresponsible with a hint of studying and pulling pranks. I will explain. The first thing about the school was it didn’t have extremely serious teachers. Of course you would be punished for the unacceptable crimes like missing classes or noisemaking. What didn’t make sense was how the exams were never taken with a lot of seriousness. Terms such as invigilating were new here. My earliest memories of sitting an exam there was that I used to help everyone on my bench cheat. Even though I was a coward, somehow I got the courage to help people. I also remember later on when I saw that the exams were never serious until during a writing exams, instead of the typical two pages that is a custom in many places, I wrote a half a page. For forty minutes! That is how unserious it was. And I still became number one 😂😂.

The school also had a fun fact that I only grasped on to recently. It was the country’s second most populated school at the time I was in Standard 4. This would explain why people often skipped schools without much problems. We were so many students until the playground had to have division by the students. If you visited the pitch at lunchtime or games time, it would be more clearer. The football pitch would belong to the senior class that felt like playing. Scouts would take the land closest to the fence and bushes where they would do their matching and training lessons. Everywhere you’d go, you could tell whose territory it was by the game or the players. Obviously the junior-most class, Standard One, would play jumping ropes behind their class. They didn’t have much of a choice 😂. This was so much so that their class teacher who would be marking their work would watch over them so that they don’t get bullied or play too much and forget classes.

The government used to fund the school by providing textbooks and lunch. As I progressed I noted that the textbooks became fewer and fewer. Even though there were eight classes each with four streams, it never made any sense to me why a whole class would have six textbooks. That is a class of forty students by the way. On top of that, we had to sit on benches that were conjoined to the table so that six to eight pupils could share the desk. Personal desks were confined to Standard Four all the way to Standard Eight. In addition to that, we had to pay a fee for the exams, I think it was twenty shillings for the CATs (Continous Assessment Test) and forty shillings for the end of terms examinations. Talk of free education 🤦🏽‍♂️🤦🏽‍♂️.

At the very beginning, the school always provided lunch for the whole school. This was actually very good considering some people’s backgrounds. Some only had this as their meals of the day. It was so extreme that it is only now that it makes sense to me – our class teacher used to allow us to sneak snacks or fruits for tea break. There was no such thing as tea break!😂😂 She obviously knew that the haves would have to share with the have nots because she taught kindness. I never understood but now remembering this, it adds up. It then got to a time the government shaved off the free lunch offer. The daily provisions of rice and beans that was life to some people was now charged at twenty shillings. Some parents’ only complaints were that the same food was being served, can you believe that? Hence the school decorated it’s menu by changing beans to cowpeas. Later, they would add ugali and kales to the menu. Very rarely, the school cook made chapati. 75% of those times, it was meant for the teacher. Seeing how unfair it got, some parents pushed the school to allow for people to go home to eat the food prepared there. This was given the nod at the start. However after weeks of students absconding school after goimg home for lunch, the school begun to scrap off that privilege. Instead a new policy was allowed, which simply said students were allowed fo carry food from home for lunch. If you really had to go to lunch outside school, you then had to arrive early. Those of the Islam religion were spared for this time only, even they would be punished for coming late on Fridays after lunch. Everyone could carry their lunch or go eat alone at home or hotel, which is just a true mark of capitalism.

Birthdays were the epicenter of celebrations in a capitalist nation. Picture this. A boy/girl from a well-doing family decides to throw his birthday at school. A lot of snacks are brought for everyone in that class. Biscuits, candy and popcorns would be the order of the day. The said pupil would be ask to call about two friends of each gender and the prefect also. These were to help in the distribution and also appeared on the photo if a cameraman was around. All this while the class watches and sings birthday songs. You can imagine how much some were salivating considering they have not had any meals since yesterday’s lunch and the school has not made it easy for them by scrapping off the free lunch. Why do I say it is capitalism? Well, out of forty students in a class, we would ever celebrate four birthdays in a year. It is not only that majority of the students in the public were from poor backgrounds, but also that parents did not see the use of wasting money to throw a birthday among strangers. Well, if there was money in the first place of course 😆.

Poet at best, storyteller for the rest. View all posts by Veteran Writes